Finding explosives: how to detect threats that are ‘unknown’

In the recently concluded project ‘Change detection 2.0’ for the Dutch Ministry of Defence, the consortium of Vinotion, TNO, TUE and Cyclomedia have successfully demonstrated real-time change detection in the form of a vehicle-mounted early-warning system for improvised explosive devices (IEDs). IEDs are a serious threat to Nato troops and operations in conflict areas, where early detection of such devices can directly save lives. Recently, Vinotion and TUE have furthered the development by integrating deep learning into the early-warning system. For this purpose, a new network architecture is introduced that detects ‘changes’ in real time. Preliminary tests show promising results, where suspicious objects can be found even under challenging recording conditions. The talk addresses a system overview and then details the deep learning extension.

Peter de With received his PhD degree from Delft University of Technology, the Netherlands. From 1984 to 1997, he worked for Philips Research Eindhoven on video compression and as senior TV systems architect. From 1997 to 2000, he was a full professor in computer engineering at the University of Mannheim, Germany. From 2000 to 2010, he was a principal consultant at LogicaCMG (CGI) and the VP video technology at Cyclomedia. He was also a part-time professor at the Eindhoven University of Technology (TUE), heading the chair on video coding and architectures. Since 2011, he is a full professor at TUE’s EE department, the scientific director Care & Cure Technologies (till end 2018) and a board member Smart Diagnosis and Monitoring in TUE’s Health Research programme. He is a renowned expert in video surveillance for safety and security and has been involved in multiple EU projects on video analysis, object and behaviour recognition, eg with the Rotterdam harbour, Dutch defence, Bosch Security Systems, Thales and TKH-Security. He is a IEEE Fellow, a DITSS board member and active as an R&D advisor to multiple companies.

Dennis van de Wouw received his MSc degree in electrical engineering at the TUE in 2011. Afterwards, he started as an R&D engineer at Vinotion, where he worked on a change detection system that aims at detecting improvised explosive devices from a moving vehicle. In March 2013, he continued this research as a PhD student at TUE’s Video Coding and Architectures group. Dennis is now the system architect for the change detection system at Vinotion, while he is finalizing his PhD thesis on depth-based extensions for change detection. 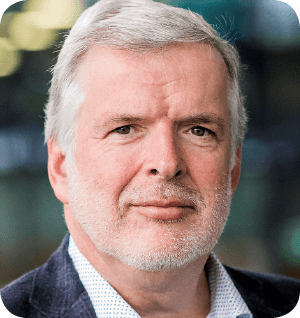