In the semiconductor industry, when analyzing manufacturing datasets, one faces two particular challenges. The first challenge is the high dimensionality of datasets: typically, the number of features to be evaluated can reach hundreds of thousands. The second challenge is collinear features, ie features that are strongly correlated. Feature selection is therefore a crucial step for several prediction tasks, such as diagnostics, control or improving prediction performance and interpretability of machine learning models. We propose an interactive FS scheme for separating relevant features from spurious correlations. To do so, data is visualized combining data-driven algorithms and user input. The visualization guides the user to provide expert feedback on the relevance of the features with respect to a performance metric. This feedback is then considered in subsequent visualizations. A demo will be shown.

Maialen Larrañaga received a master’s degree in mathematics in September 2012 from the University of the Basque Country. In September 2015 she obtained a PhD in computer science from the Institute National Polytechnique (INP) de Toulouse and the University of the Basque Country. After a two-year postdoc in Centrale Supelec (Paris-Saclay) in collaboration with Huawei, she moved to Eindhoven in 2017 to work as a machine learning engineer for ASML. 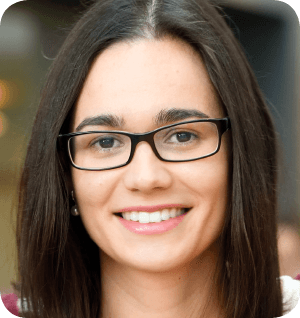